We love helping youth and adults discover the wonder of music.

We’re still teaching music! But due to the COVID-19 outbreak, all lessons are currently online. 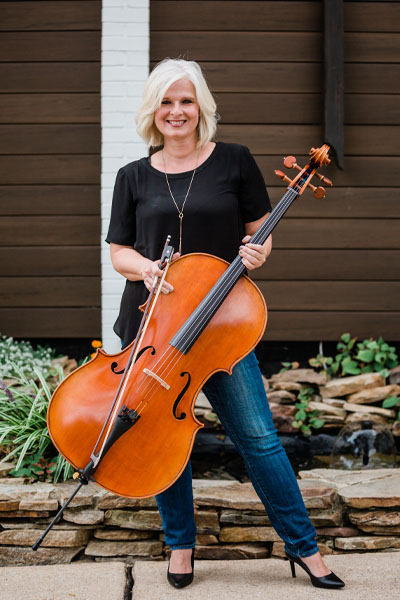 Rev. McKay holds a Bachelor of Science degree in Church Music from Eastern Nazarene College in Quincy, Massachusetts and a Master of Arts degree in Church Music from Southeastern Baptist Theological Seminary in Wake Forest, North Carolina. Rev. McKay as served as Minister of Music at Bethany Church since 1993 and was ordained to the Gospel ministry in 2002 by Bethany Church. With over 20 years of music ministry experience, Rev. McKay has taught music and related arts to children and teens throughout the state of Maryland and the eastern seaboard. Rev. McKay has also led seminars for Maryland church leaders helping them to develop creative programs in local churches with small budgets. In addition to her experience as a trained vocalist, Rev. McKay is an experienced cellist who has studied with Eva Anderson, cellist with the Baltimore Symphony Orchestra, Joel Morshell, cellist with the Boston Symphony Orchestra, and more recently with local musician Catherine Mickelson Francis, cellist with the Annapolis Symphony Orchestra and Mulberry String Quartet. In addition to performing as a cellist at weddings and private events, Sherrie teaches at summer Cello camps for children with local Suzuki certified instructors. Rev. McKay has worked with a wide range of musicians with various skill levels and backgrounds. Her desire to develop the talents and gifts of young artists in a faith based environment. For more information about arts related programs and ministries created and led by Rev. Sherrie McKay, click here. 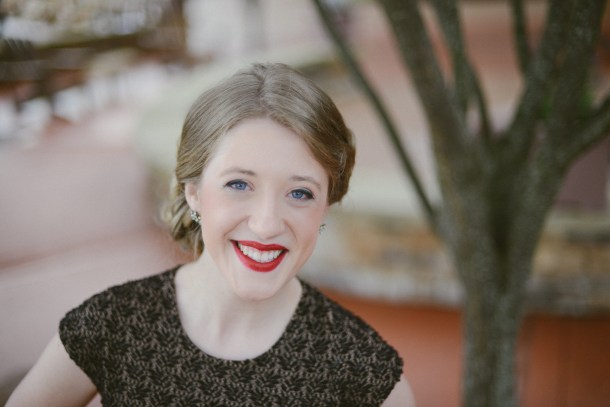 Soprano Mercy Calhoun is a second-year master’s student at the Peabody Conservatory. Active as a performer and an educator, Mercy regularly performs with the Annapolis Chorale and maintains a private lesson studio alongside classroom teaching for K-12 students. During her time at Peabody, some highlights of her solo performances include Cunegonde in Bernstein’s Candide, Laetitia in Menotti’s The Old Maid and the Thief, the Soprano 2 solo in Mendessohn’s Lobegsange, and Giunone in Cavalli’s La Calisto. In 2016, she performed Susanna from Le nozze di Figaro at the Narni Arts Festival. She is a member of an all-female a cappella octet specializing in contemporary compositions. Mercy has also been a guest artist with the West Virginia Symphony Orchestra and has attended the Interlochen Center for the Arts, the Brevard Music Center, and the Wintergreen Vocal Intensive. She is a recent graduate of Peabody with two degrees: a BM in Music Education and a BM in Voice Performance.

As a choral conductor, she has conducted ensembles at Bethany Church, the Bethany Music Center, and the Appalachian Children’s Chorus. Throughout her teaching career, Mercy has taught general music for K-8 students in the public and private education settings. No matter the setting, she is passionate about helping every student, regardless of age and labels, find their creative and musical voice. 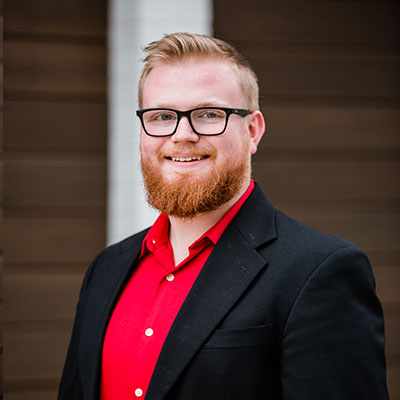 Gabriel Petkaitis is a Jazz Drum Major and Recording Arts Major at the Peabody Conservatory of Music. Gabe has performed in Jazz groups fromCalifornia to Italy and has performed in concert with notable artists such as Warren Wolff, Jimmy Greene & others. In addition to recently completing an internship with the Brevard Summer Institute as a recording engineer, Gabe is a lead sound en gineer at Bethany Church facilitating streaming, recording and mixing a variety of bands, vocal and instrumental ensembles and solo artists. 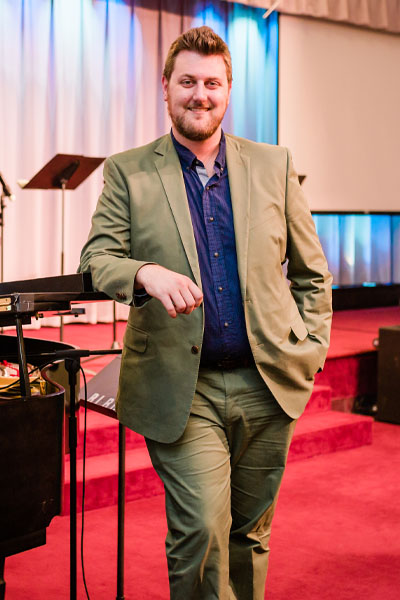 Noah Dion is a pianist, vocalist, teacher, and composer/arranger in the Baltimore-DC Area. He currently holds a Bachelor of Music degree in Jazz Piano Performance from the Peabody Institute and a Bachelor of Arts degree in Political Science from Johns Hopkins University. Noah has served as Accompanist for the Annapolis Chorale, as well as Collaborative Pianist at Bethany Church since 2015. An experienced pianist of 18 years, Noah has run the gamut of musical genres from the classical to the modern – the traditional to the unorthodox. He has experience in jazz, funk, bebop, pop, worship music, modern music, Baroque selections, and the Romantic Era. At Peabody Institute, he studied under Tim Murphy in private instruction, as well as in the Peabody Latin Jazz Ensemble. Additionally, he has worked with several notable artists, including Michael Formanek, Gary Thomas, Marty Ehrlich, Billy Hart, Mark Feldman, and Mary Halvorson.

He also has extensive accompaniment background, playing as a Staff Pianist for the Peabody Institute’s Preparatory Program since 2015. Noah also spent two years in residency at the internationally acclaimed New York Summer Music Festival from 2014 to 2015, working as a Staff Jazz Pianist alongside musical experts like Jesse Stacken, Randy Ingram, Jason Rigby, Brenda Earle Stokes, and Sherrie Maricle. He also has extensive experience in vocal performance, singing as a Tenor in statewide ensembles and professional environments alike.

Noah has been engaged in the art of the piano for most of his life – since the age of five. After having spent almost two decades seated at the keyboard, he cannot think of anything he would rather do than play piano and make music for the world. 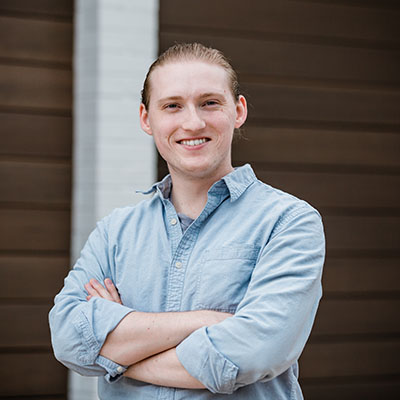 Alec Green is a guitarist, bassist, and audio engineer and currently studies classical guitar and audio engineering at the Peabody Institute of the Johns Hopkins University. Green is a frequent performer with Live Arts Maryland and played guitar on a recording for the Baltimore based professional theater company Center Stage, for their production Twisted Melodies.

Also skilled as an audio engineer, Green’s credits include the album On a Wire by the band Ambit Orbit, Heart on Fire by Jacob Jasper, his own 2 EPs, a live recording of the Peabody Jazz Ensemble, and the Annapolis Chamber Orchestra and Annapolis Chorale’s performance of the Mozart Requiem and Carmina Burana. 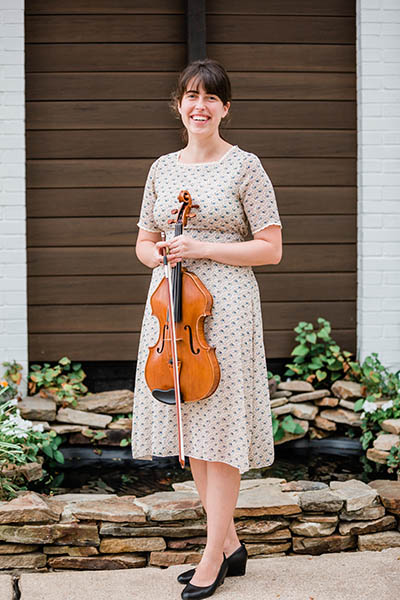 Violist Bronwyn Kure is an active soloist and chamber musician in Baltimore. Originally from rural Canada, she attended the Victoria Conservatory and received her Diploma in Music Performance. She is now pursuing a Master of Music Performance degree at the Peabody Conservatory.

Bronwyn has played as a soloist with the Red Deer Symphony Orchestra, and the Sydney Classical Orchestra as well as solo performances with the Victoria Conservatory’s Thursday Recital Series, the Cheminais Prodigious Talent Concert Series, and Peabody Pop-Ups.

An avid chamber music lover, Bronwyn has performed and is a member of the Mount Vernon Virtuosi chamber ensemble, and the Vernon String Quartet. She has performed with the Bonis Piano Quartet in their performance for the Amadeus Concert Series in Great Falls, Virginia as well as concerts with the Heifetz Institute in Staunton, Virginia, the Canadian National Art Center Chamber Music Series in Ottawa and the Morningside Music Bridge Chamber Series in Calgary, Alberta. She along with her colleagues, won first place in British Columbia’s Provincial Chamber Music Competition two consecutive years in a row as well as first place in the Victoria Conservatory of Music’s Chamber Music Competition.

Bronwyn has a passion for teaching and has taught for many years with Baltimore Symphony’s OrchKids Program, the Bridges after school program, the Waldorf School of Baltimore and the Bethany Music Center in Ellicott City. 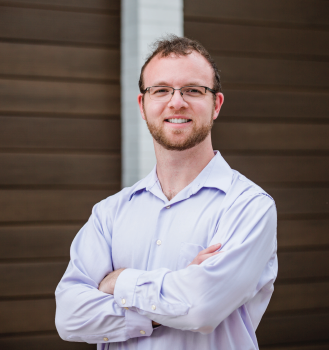